Welcome Michael Finucane and Todd Alexander to our Ownership Team

We are happy to announce the addition of Michael Finucane and Todd Alexander to the Southeast Venture management team. 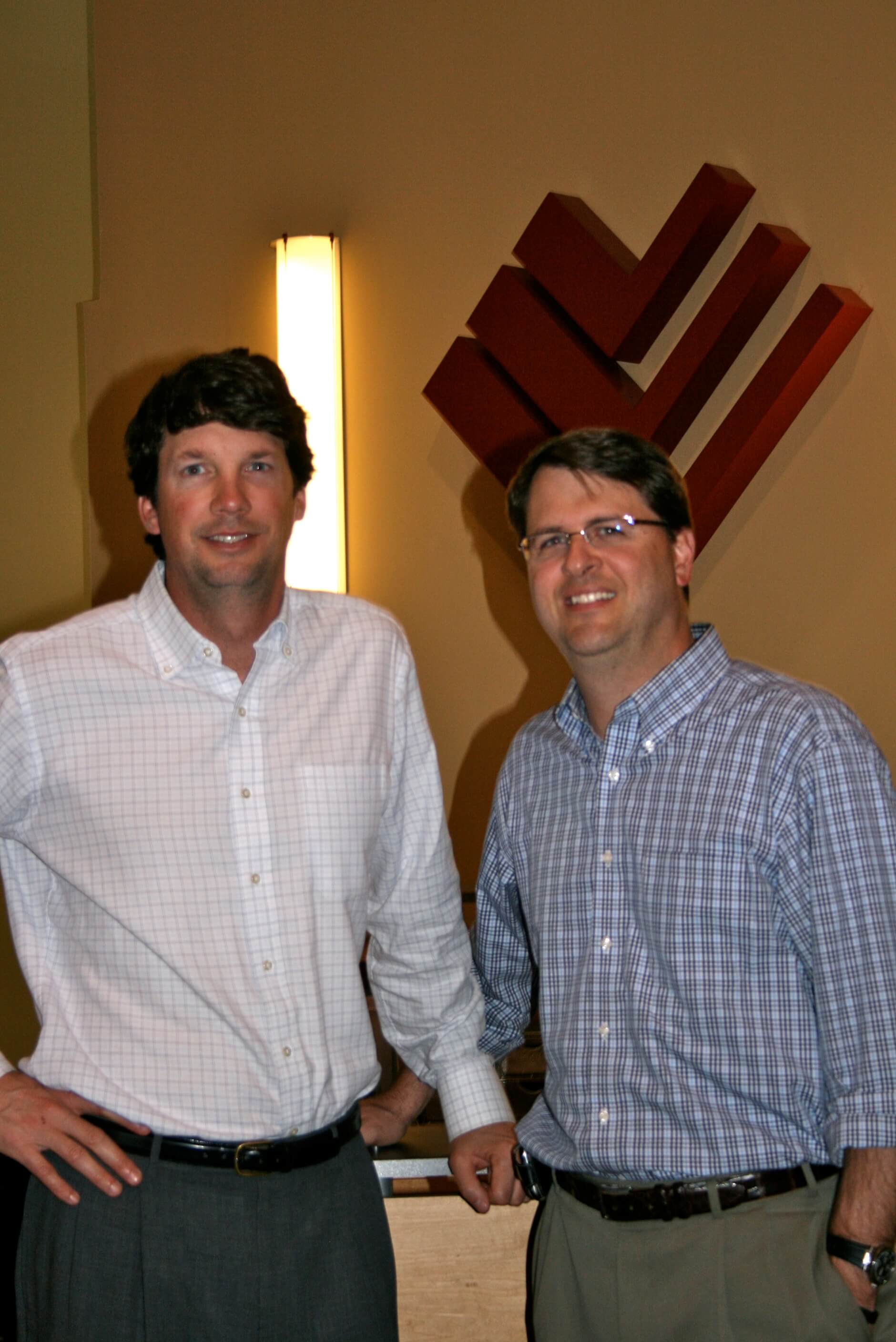 Michael and Todd @ our offices

Adding Michael and Todd has been 3.5 years in the making, and is only the 3rd time in 30 years that we’ve added partners.

The last time was 14 years ago when a merger with Metro Center, Inc. brought in Randy Parham. Michael and Todd join Randy, Paul Plummer, Cam Sorenson and Axson West in leading our company.

It’s only fitting that this announcement comes as we celebrate our 30th anniversary.

Michael and Todd both joined Southeast Venture as brokers, Michael in 1997 and Todd in 1999. Integral to the growth of our brokerage arm, both have been involved in all aspects of the Southeast Venture’s commercial real estate brokerage services, including land sales, landlord representation, tenant relocation, site acquisition, office and medical office representation, industrial leasing and improved property sales.

When we brought Michael aboard, he was one of only two brokers outside the principals. Now we have 11 brokers. Michael and Todd have been key to the growth we’ve enjoyed in brokerage services. It will be their goal and task to continue that trend, as well as to help our leadership team plan the firm’s future.

From the beginning Todd and Michael were team players; they showed leadership and were willing to put the interests of the firm ahead of their own, if necessary. We feel very fortunate that they are now partners at Southeast Venture and look forward to their continued leadership.

Michael joined Southeast Venture from the Trammell Crow Company where he worked in property management managing their industrial portfolio.

Todd was promoted to director of brokerage services in 2009. He works primarily in landlord and tenant representation.

He is currently responsible for leasing over 525,000-square-feet of office product and over 60 acres of commercial property in the greater Nashville market – as well as representing Southeast Venture in the development of a 98,000-square-foot office building for HealthSpring located in MetroCenter.

He was a co-recipient of the 2005 NAIOP Office Lease of the Year, and recipient of the Commercial Awards of Excellence Horizon Award for 2001. He is a chair of the MetroCenter Advisory Committee of Chamber North, the North Nashville advisory council of the Nashville Area Chamber of Commerce.

Join us in welcoming Michael and Todd to their new management roles.