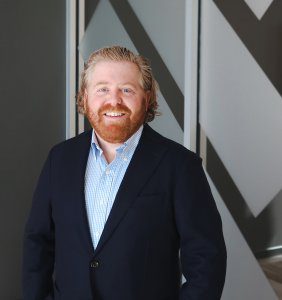 Nashville’s Commercial real estate development and design firm Southeast Venture announced today that Lee White has been named a principal at the firm.

Lee joined Southeast Venture in 2011 as a property manager, where he was responsible for managing approximately 500,000 square feet of office and industrial property, along with multiple owners’ associations within business parks around Nashville. In 2016, he transitioned to the brokerage team, specializing in site selection and development, landlord and tenant representation, and buyer and seller representation with a particular expertise in infill development. Lee will also join Southeast Venture’s development team, assisting in the acquisition and execution of the company’s development projects.

“Since he joined the brokerage team, Lee has repeatedly demonstrated his knack for deal-making, both in sales and leasing transactions,” said Principal Cam Sorenson. “Especially with his work in Silo Bend and our recent development projects, he’s been an invaluable asset to our team. This promotion is well-deserved.”

“I’m very honored to have the opportunity to take this next step in my career,” said White. “I have enjoyed working with Southeast Venture these past 11 years, and I look forward to many more.”