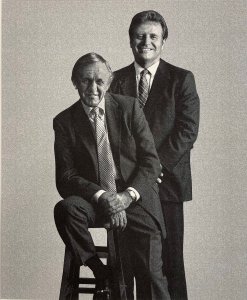 Southeast Venture was founded in 1981 by Dick Sorenson and George Volkert.  Dick, a veteran real estate developer from Atlanta, and George, a real estate broker from Nashville, met while working for Cousins Properties in Atlanta. After making the move back to his hometown, George joined forces with Dick to build a real estate company with a culture of honesty, integrity and excellence.

The first decade after the company’s founding was spent establishing and building Southeast Venture’s reputation as one of the go-to commercial real estate firms in Middle Tennessee.

Here are a few key company milestones during this first decade: 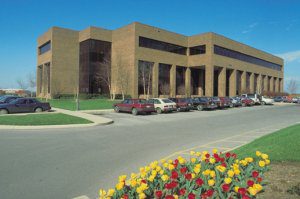 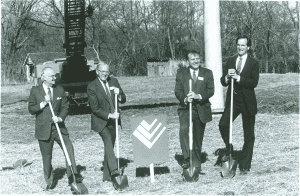 Construction begins on Cool Springs, the massive, 1,100 acre mixed-use development that we all know well today. Southeast Venture was, in fact, the original developer of this Franklin landmark, which Sorenson and Volkert along with partners Gerry Ezell and Gary Baker, envisioned from undeveloped farmland. 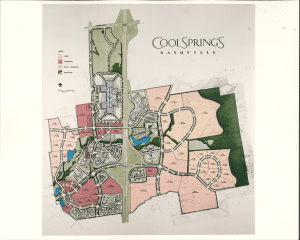 The project began with a new interchange off I-65 that would eventually connect to the new development, which would become one of the first major hubs in the region outside of Davidson County. Shortly after the interchange was approved by the Tennessee Department of Transportation, a Chattanooga-based development firm CBL & Associates bought land and committed to building what is now the Cool Springs Galleria, which opened in 1991.

Cool Springs is now home to 7.5 million square feet of office and retail space, which extends on both sides of I-65.

Southeast Venture’s first large-scale project, it helped to establish the company as an expert in master planning and land development.