(This article originally appeared in the Tennessean on Dec. 21, 2015)

For Nashville, becoming an “it” city has come with its fair share of growing pains. Since 2000, average housing costs in our city have risen more than 100 percent. The good news for current and future Nashvillians is that we’ve identified the most important housing needs — and we’re working to address them. 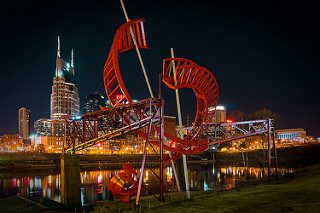 Housing affordability is key to any city’s continued growth and vitality. The Planning Department, under the leadership of Executive Director Doug Sloan, is making great strides in identifying solutions to this issue and continues to tackle the task with great care and efficiency.

The department, with the help of an outside consultant, conducted an extensive feasibility study to help guide the city as it considers new regulations to keep housing affordable for all residents. As a member of the Stakeholders Committee, I am one of 50 industry and community leaders tasked with helping Nashville navigate this unprecedented period of growth in the housing market. Recently, the department held a meeting with the Metropolitan Planning Commission and the Stakeholders Committee to discuss the study findings and offer recommendations as to how we might best address the rising cost of living in our city.

The commission’s recommendation calls for approximately $10 million per year to expand the services of The Barnes Fund for Affordable Housing. The fund, created by former Mayor Karl Dean and the Metro Council in 2013, provides assistance to low-income residents seeking affordable housing in Davidson County. With the recommended increase in capital, the fund would become an independent agency, with a limited portion of dollars dedicated to administration and the remainder going directly to the program. As an agency, the fund would be reauthorized as a community land trust, enabling it to acquire and develop land for affordable housing, own and operate that housing and maintain and administer financial assistance programs.

While I firmly stand behind the use of the Barnes Fund to alleviate rising costs, there is no need to create another independent agency. We should instead pass control of this funding over to Nashville’s present housing authority, the Metropolitan Development and Housing Agency (MDHA). The current staff and board of the MDHA are the best the authority has ever seen, and they are the best choice for the job.

The MDHA is also already heavily involved in revitalization projects similar to those for which the Barnes Fund probably would be used. One example is Envision Cayce. Since 2013, the MDHA has worked with EJP consulting group, community partners and Cayce Place residents to establish a master plan for revitalizing the 716 public housing units called Cayce Place. In addition to rebuilding the initial 716 homes, they also are adding 2,390 new homes and apartments — 42 percent designated for low-income families, 15 percent for moderate-income families and 43 percent for households able to afford market rates.

Developments like Cayce Place are vital to maintain balance in our growing city, and the MDHA has done an exemplary job in creating this project. With its guidance and leadership, the funding recommended by the Planning Department’s study would vastly improve the state of affordable housing in Middle Tennessee.