100 years of change: What would Captain Ryman think?

(This article originally appeared in the Tennessean on Nov. 24, 2015) 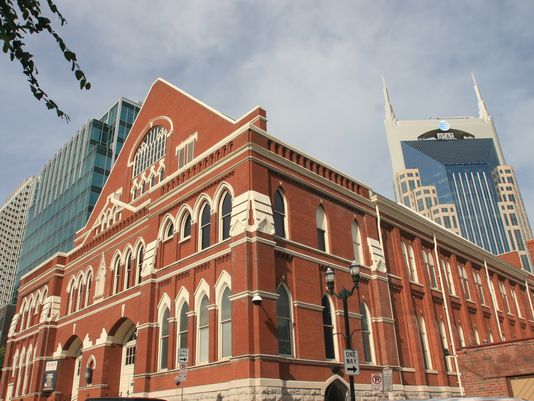 Nashville’s built environment is changing rapidly, and largely for the better, I believe, and I think that the man behind our most famous historic building would agree. If he were alive today, I believe that Captain Thomas Ryman, namesake of Ryman Auditorium, would look over downtown Nashville from his beautiful home on Rutledge Hill and be thrilled.

A very successful businessman with a reputation for doing the right thing, Captain Ryman is a perfect example of the kind of people who have built our city into one of the most desirable in the world. People who aren’t afraid of success, but are equally courageous in their willingness to embrace a vision bigger than themselves.

Ryman began his career at the age of 24 when his father left him a fleet of fishing boats after he passed away. The Cumberland River was plentiful with fish, and Ryman made such good money that he was able to purchase his own steamboat two years later. Within 20 years, Ryman owned over 30 steamboats, and was the superintendent to two of the three steamboat lines in Nashville.

In the late 1800s, Ryman purchased several plots of land on Rutledge Hill for less than $5,000 and built a large, two-story Queen Anne-style home that he and his family occupied for more than 40 years. The home overlooked the Cumberland River so Ryman could keep tabs on his fleet and his wife could see his boat come in when Ryman was out on the water.

Though Ryman’s home is long gone, it’s interesting to see how the development of Nashville has drastically changed the view from where the home once stood. During the time the Ryman family occupied their Rutledge Hill home, from 1885 to around 1925, the Cumberland River Wharf was a hub of commerce in the Southeast, and the Rymans had a front row seat. If Captain Ryman were to look out from one of his two towers today, he would no longer see boats lining the wharf, but instead, Riverfront Park. It’s likely that he could even listen to a concert at Ascend Amphitheater from his porch — which is appropriate, since Nashville’s musical renown was birthed from the tabernacle he built.

Ryman could also enjoy coveted views of the Nashville skyline, including the Pinnacle Building, Omni Hotel, the Music City Center, the Korean War Veterans Memorial Bridge and the AT&T “Batman” building. Assuming he was a football fan (and he would be, of course), his house would be the perfect place to host a Titans tailgate before walking to Nissan Stadium over the John Seigenthaler Pedestrian Bridge — all visible from his front porch.

What he might be more proud of, though, is that Nashville continues to embody his giving spirit. We were named one of the top 10 philanthropic cities in the U.S. in 2014, according to a report by The Chronicle of Philanthropy. Ryman used his money and influence to build the Union Gospel Tabernacle so that people of all faiths would have a free place to convene and worship. Renamed Ryman Auditorium after his death in 1904, the building may be even more popular today than it was in the 19th century — and can still be seen from the location of Ryman’s family home.

I think Captain Ryman would proud of the development of Nashville, happy to live in our great city and honored that his spirit of giving is still manifested through efforts today.