(This article originally appeared in the Tennessean on Aug. 24, 2015)

On August 6, Nashvillians voted to raise their property taxes.

Though a revenue-raising measure was not on the ballot, what passed was an amendment to the Metro Charter – known as Amendment 3 – that will increase the price of city-funded construction. Taxpayers will inevitably have to cover this additional cost.

It wasn’t supposed to be this way. Amendment 3 – which requires that Nashvillians, and only Nashvillians, provide 40 percent of the labor on city-funded construction projects of $100,000 or more – was sold as an economic boon for Nashvillians, not a drain. But good intensions often have unintended negative consequences.

It’s just basic economics: Scarcity leads to higher prices. Restricting the labor pool will make construction in Nashville more expensive. To get an on-the-ground perspective, I talked with the head of Nashville’s largest construction company, John Gromos of Turner Construction. Here’s how he put it:

“Conceptually, it sounds great to keep labor local. It’s a concept we certainly support. But, in practice, I see some unintended consequences,” he said. 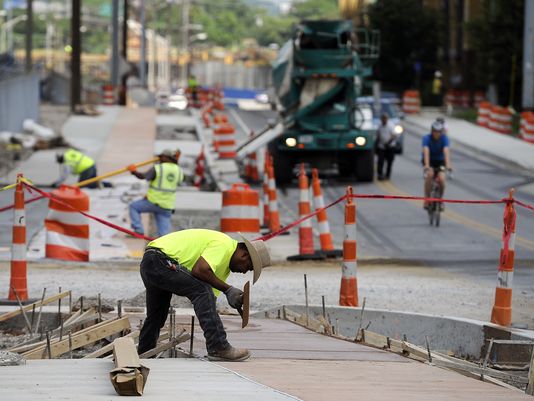 “There is already a labor shortage, particularly for skilled labor. The construction industry has been dealing with this for years. Skilled craftsmen are retiring and many young people are not attracted to our industry. This shortage is especially significant in a fast-growing market like Nashville.

“Believe me, we prefer to use all local workers on Nashville jobs. It’s expensive to bring in people from out of town, because, on top of their salary, we also have to pay their travel expenses. But we often have to bring them in because there aren’t enough skilled workers in town,” Gromos added.

“I can see how requiring contractors to use a certain percentage of local workers will result in higher construction costs. It’s just supply and demand. Local skilled workers will demand higher wages because they know we have to hire them and there are a limited number of them, especially if there is a penalty for not achieving the 40 percent requirement. A survey of contractors in the region estimated that construction costs will rise by 15 to 25 percent, and that sounds plausible to me,” he said.

To check his assumptions, Gromos contacted the head of Turner Construction in Washington, DC, where it has been required since 2012 that 50 percent of all employees on public construction jobs live in the District of Columbia.

“He said it is essentially impossible to comply with,” Gromos reported from his counterpart in Washington. “And, because failure to comply with the program means heavy fines, many contractors are not bidding on public projects, and the bidding that does happen is extremely non-competitive.”

Gromos said he can see the same happening in Nashville.

“It takes a lot of resources for a contractor to put together a proposal and build a multi-million dollar project, so you focus those resources on projects that you can effectively manage.

“A lot depends on what the penalty is for not complying,” he added, “and the penalty has not been determined. If it is significant, I can definitely see many construction firms simply passing on Metro work. If it is reasonable, then it could make economic sense to simply add the cost of the penalty into your bid, because you have to allow for the very real possibility of not meeting the 40 percent local labor requirement. Either way, it could certainly mean higher prices for Metro construction projects.

“I applaud the idea behind Amendment 3,” Gromos said. “I believe in doing all we can to support our local economy, and it is in our company’s best interest to use local workers. I wish it was possible to have all of the good things promised by Amendment 3 without the negative consequences, but I don’t see how it is, unless we can figure out a way to overcome the supply and demand issues. I can promise that our company will do all we can to make it work, and I believe other construction firms in town will, as well. We all want what is best for Nashville.”

Wood Caldwell is managing principal of Southeast Venture, a diversified commercial real estate company. He writes about Middle Tennessee real estate deals once a month for The Tennessean. Reach him at wcaldwell@southeastventure.com.