A Great City Is A Connected City

(This article originally appeared in the Tennessean on Sept. 22, 2015)

A key theme of Karl Dean’s candidacy for mayor eight years ago was “connections.” As he put it, we are one city, we need to act like it. We need to reconnect with each other across whatever divides us.

And we did. Nashville is a more connected city today because of Mayor Dean’s vision. It will be a key part of his legacy. Indeed, it could be argued that the national renown our city is now enjoying – the so-called “It” city phenomenon – can be traced in large part to the fact that Nashville acts like one city instead of a collection of insular communities. Sure, our city’s neighborhoods are more vibrant than ever. East Nashville, Antioch, 12South, Germantown, Belmont/Hillsboro, Jefferson Street, Bellevue and others are fiercely proud. But they are equally proud to be Nashvillians, as was epitomized by the “We are Nashville” slogan that rose in the wake of the Great Flood of 2010.

As a commercial real estate professional, I am particularly aware of how our city is being connected geographically, and nowhere is this more obvious than in two of Nashville’s most significant public infrastructure projects of the past several years: the 28th/31st Avenue Connector, which opened in October 2012, and the new Division Street Extension, for which ground was recently broken. 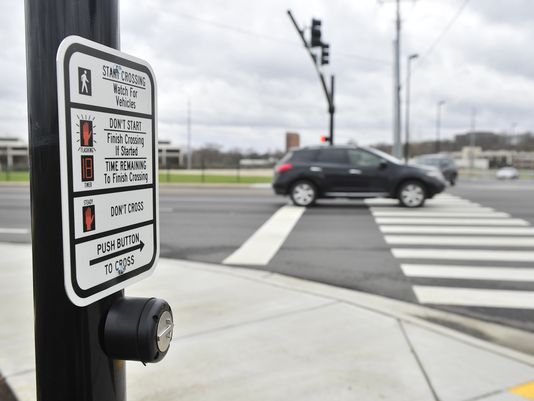 The truth of this is obvious in what has happened around the 28th/31st Avenue Connector, which spans a railroad track to reconnect West and North Nashville. It created a commercial byway, leading to the revitalization of Charlotte Avenue, where both public and private new developments have sprung up, including the Lentz Public Health Center, the ONEC1TY health care campus, the Sheds on Charlotte office building and a slew of restaurants, including Hattie B’s Hot Chicken and M.L. Rose, as well as hundreds of new apartment units underway, such as H.G. Hill’s project in Sylvan Heights. Charlotte is a successful commercial real estate district today because of the 28th/31st Avenue Connector. It also created an academic thoroughfare, linking Belmont, Lipscomb, Vanderbilt, Fisk, Meharry and TSU.

In addition, the 28th/31st Avenue Connector was also Nashville’s first “Complete Street,” which was another initiative of Mayor Dean’s. A Complete Street is designed to fully accommodate a range of transportation modes – automobiles, bicycles, pedestrians and buses. And the landscaping that separates bicyclists and pedestrians from cars and buses – making it truly possible to ride or walk without risking your life – also makes a Complete Street beautiful.

The new Division Street Extension will also be a Complete Street – beautifully making the surrounding area more pedestrian-friendly and improving vehicular access – and will also connect two parts of Nashville that should have been connected long ago: The Gulch and SoBro. Connecting two of our city’s most dynamic mixed-use neighborhoods is a truly synergistic move; the whole will be much greater than the parts.

The extension will extend Division Street from 8th Avenue South – where it now dead-ends at the railroad tracks – to 2nd Avenue South. When complete, which is expected to be winter 2016, the southern part of Nashville’s downtown, formerly an industrial backwater, will transform into one of our city’s most vibrant and attractive mixed-use neighborhoods. Our firm hopes to be part of this revitalization, as we own property near this new extension on the SoBro side.

One of the developers of a new office building in this area put it this way in the Nashville Business Journal: “All of what’s going on in SoBro is shifting the center of gravity downtown. This kind of dynamic doesn’t exist in the typical urban environments. There will be continuous activity and reason for being, 365 days a year.”

Indeed. We are so much better when we are connected.

Wood S. Caldwell is managing principal of Southeast Venture, a diversified commercial real estate company. He writes about Middle Tennessee real estate deals once a month for The Tennessean. Reach him at wcaldwell@southeastventure.com.