Back in January, we conducted a survey of local and regional commercial real estate brokers, developers, building owners and investors. The survey asked responders to assess the mood of the marketplace in three categories: sales, leasing and sectors. 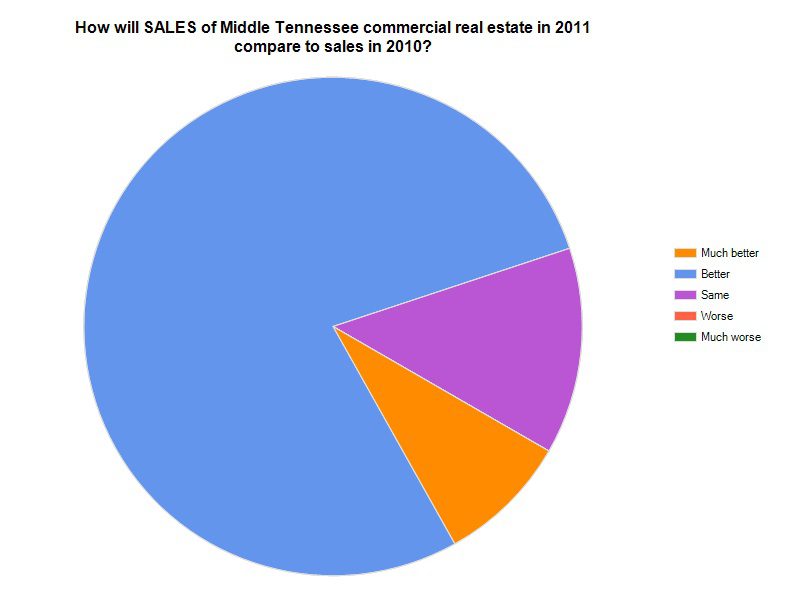 An easing in lending and financing is the top reason cited for the optimistic sales outlook. Other reasons include a positive trend during the second half of 2010, a strengthening economy and increased consumer confidence. Unresolved long-term lending problems were the primary concern among responders.