Located in the heart of Nashville’s Hillsboro Village neighborhood near the intersection of 21st Ave South and Belcourt Avenue, the multi-phase Belcourt Village project brought new life to an underutilized surface parking lot. The development is a 154,000-square-foot, mixed-use development with 10,000 square feet of retail space, 24,000 square feet of office space, and 28 residential units. Southeast Venture Design worked with Elmington Capital on this project.

We sat down with Samantha O’Leary, the lead Project Architect, to ask her a few questions:

What was the biggest challenge working on this project?

Working within the zoning to marry the urban density of the project with the “village” character of the existing neighborhood was definitely a challenge. We had to maximize square footage for overall development viability while taking into account the zoning codes that were in place to preserve the integrity and character of the neighborhood. Ultimately, we were able to turn 39,200 square feet into 82,400 square feet of commercial space on a 0.9-acre site.

To achieve this, we complied with provisions of the base zoning code that allowed for Floor Area Ratio (FAR) exceptions and utilized two key bonus programs from the UDO (Urban Design Overlay) to grant additional square footage and stories– the Building Preservation Bonus Height program and the Floor Area Bonus program.

Due to height restrictions in the area, we limited Belcourt Village to two stories along Belcourt Avenue and three stories above the parking along the alley. We were allowed to add the third story through the Building Preservation Bonus Height program for the purpose of preserving the existing “character-defining structures” along 21st Avenue.

Under the Floor Area Bonus Program, for each permanent parking space provided beyond what’s required for the development, we were granted additional building square footage.

Adding more parking spaces, in an already dense, urban area with building height restrictions, required some creative solutions. We dug down 36 feet below street level to provide 3-1/2 levels of below-grade parking with 194 total spaces. We also incorporated 25 additional parking spaces accessed from the alley, bringing the total parking count to 219 to serve both Belcourt Village and the retail tenants in the existing buildings along 21st Ave.

More parking for the neighborhood and tenants as well as more square footage was a win-win to make the development the best it could be. 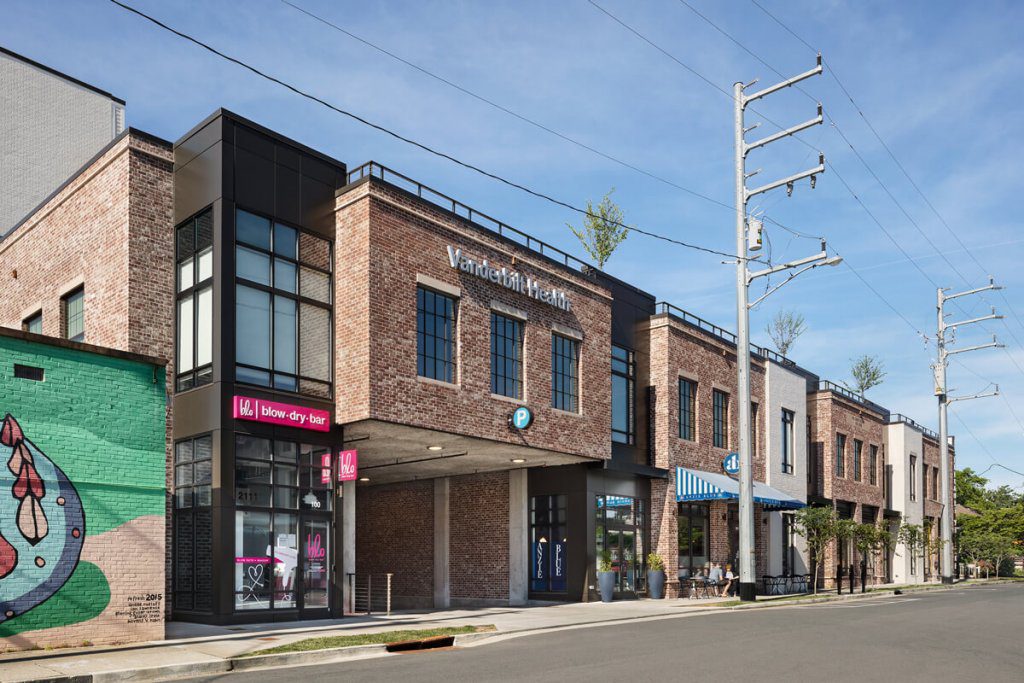 Tell us more about the restoration of the neighborhood’s existing structures and how this influenced the design of Belcourt Village.

An earlier phase of the project involved restoring two existing, historic structures along 21st Avenue South – currently home to Altar’d State, Hopdoddy Burgers and Work Belcourt co-working space. The preservation and restoration of the existing “Worthy of Conservation” structures was a vital component to enhance the Village’s historic character and celebrate its past.

We restored the brick facade of the former Boscos building, now home to Hopdoddy, to look like the Woolworth’s that was originally at this location and refurbished the existing steel-framed windows. In addition to this restoration, we provided an elevated connection from the second-floor office space at Belcourt Village to the existing Work Belcourt co-working space above Hopdoddy, giving the historic structure elevator access to its upper floor.

The former Sam’s Sports Bar and Grill, which is now home to Altar’d State, was painted white, mimicking the original McClure’s building. The new storefront now fits better within the context of the neighborhood.

With the design of Belcourt Village, we knew that reflecting the character of the neighborhood was essential. To do so, we used similar warehouse-style windows and selected complementary brick for the new building. We also maintained a scale sensitive to the pedestrian environment and the existing neighborhood. 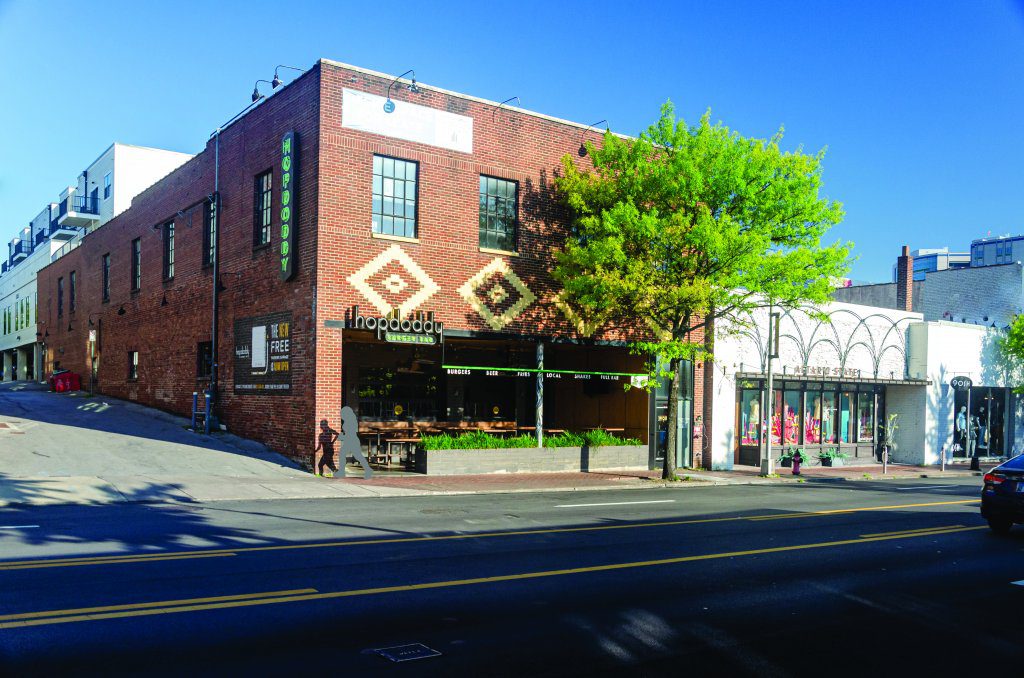 What was your favorite part of this project?

This is truly the definition of a mixed-use development, and it was exciting (and challenging) to design for a variety of uses in a single project. The project includes multi-family residential (with an affordable housing component), general office, medical office, an outpatient clinic, a full-service restaurant, retail, a roof amenity-deck and an abundance of parking.

Not only has the project brought a wide variety of new amenities to an already diverse area, but it also successfully filled a gap between active sub-districts of Hillsboro Village and reconnected the neighborhood, while preserving its walkable, village-like charm.