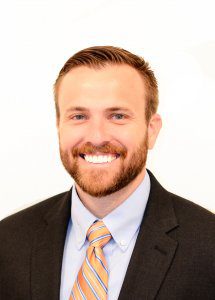 Alexander will oversee the nearly 780-acre mixed-use gateway development surrounding Spring Hill’s impending interchange with I-65. The development will eventually include over 2,900 residential units, 3.9 million square feet of Class A office space, nearly 1.3 million square feet of retail and restaurant space and 400 hotel rooms. The first phase of the project – expected to begin in Spring 2021 – will entail widening and realigning Buckner Lane with Thompson Station Road, along with mostly residential construction.

“Don has strong, proven experience in leadership and management,” said Southeast Venture principal Wood Caldwell. “We are excited to have him working with us on this specific, unique development, as well as on many more future projects. I know he will be a valuable addition to our company.”

Prior to joining Southeast Venture, Alexander served as a leadership consultant at Alexander Chevrolet Buick GMC in Dickson, Tenn. He graduated from Webster University with a master’s degree in management and leadership and earned his bachelor’s degree in behavioral science at the United States Air Force Academy.

After earning his commission as an officer, Alexander spent the next 12 years as an Air Force pilot serving most recently as an instructor and Chief Operations Officer to the base commander. He earned several commendations during his time in the Air Force, including the Air Medal, Air Force Commendation Medal and Meritorious Service Medal before receiving an honorable discharge as a Major.

“It is an honor to be a part of such a highly respected commercial real estate firm in Nashville,” said Alexander. “I’m excited to join the team and am eager to generate results for our clients in Middle Tennessee.”