Located between Belmont and Vanderbilt universities, Hillsboro Village is an urban neighborhood that features a variety of bars, restaurants and boutique stores.

The neighborhood began to develop in the early 1900s when streetcar lines were extended out to Belmont, which attracted city residents to move to newly  developed homes away from the overcrowded city. By the 1920s, it had become a booming suburban area that was a short and inexpensive ride away from downtown.

Hillsboro Village is considered one of Nashville’s most walkable neighborhoods, making it a great place for residents and tourists to visit the many Nashville dining staples located there, including Pancake Pantry, Provence Breads & Cafe and Fido. It’s also home to the historic Belcourt Theater, where visitors can see independent films, live music and theater productions. 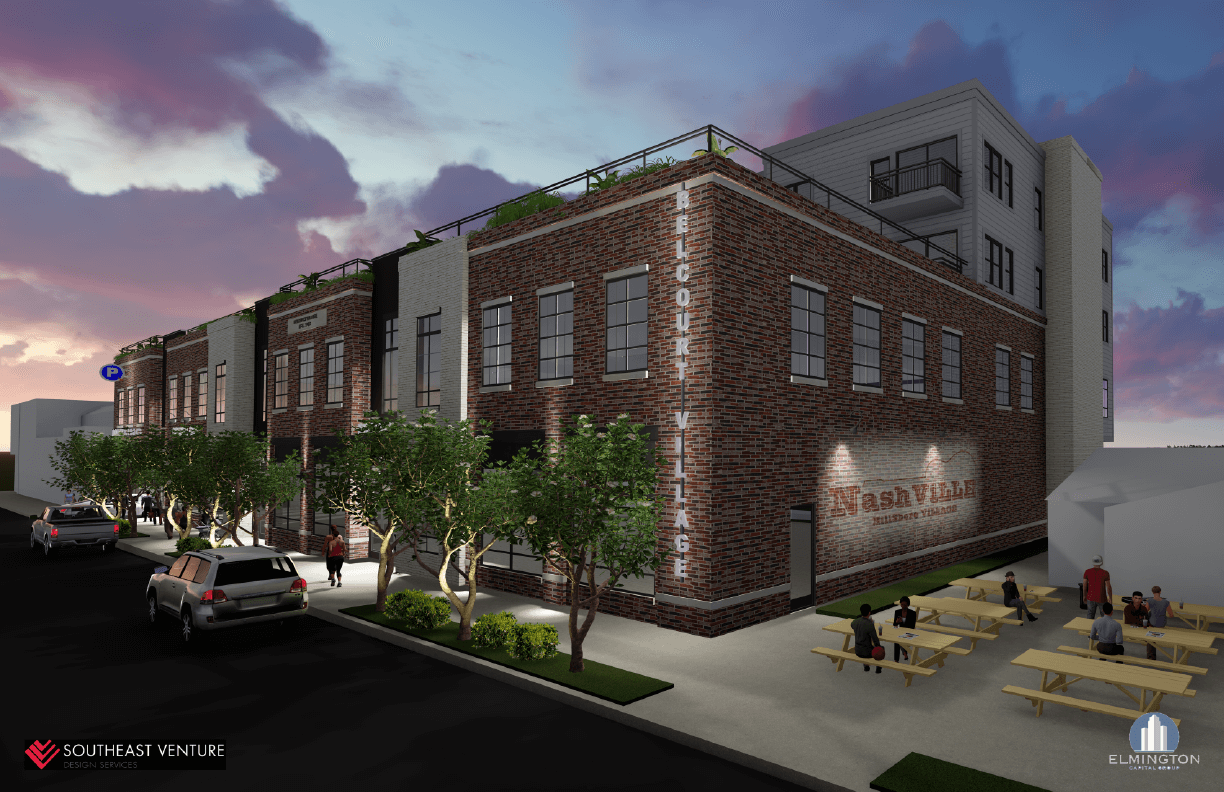 Because of its proximity to Belmont and Vanderbilt, college students and young adults make up a larger portion of the local population. It’s also a family-friendly area with a larger selection of single-family homes than many surrounding neighborhoods, as well as being home to Fannie Mae Dees Park, which features a playground, walking paths, picnic areas and, of course, the famous Dragon sculpture.

Real estate is on the rise as young adults, families and businesses look to move to the bustling neighborhood. Southeast Venture is currently working with Elmington Capital Group to develop a mixed-use space – to be called Belcourt Village – on Belcourt Avenue across from the historic theater. It’s slated to have ground-floor retail, nearly 24,000 square feet of office space and two residential floors with approximately 25-30 apartments.

The development will be next door to Elmington Capital’s other recently acquired real estate in Hillsboro Village – the former location of Sam’s Sports Grill and Boscos Restaurant & Brewing Company at 1803 21st Ave. S. A boutique clothing store, Altar’d State, and the Austin-based Hopdoddy Burger Bar opened in these spaces earlier this year.

Southeast Venture is also helping food truck staple Bare Naked Bagels set up a permanent location in Hillsboro Village by the end of this year.

As with many of Nashville’s neighborhoods, Hillsboro Village is a hub for new developments, businesses and residents – and we’re excited to be a part of its continued growth.