An area’s history often defines its future, and this certainly rings true for one West Nashville neighborhood, The Nations. Once a meeting place for Native American tribal nations – hence its name – The Nations community became known over the years as home to Nashvillians who worked in the automobile, lumber and agricultural industries.

In recent years, commercial and residential real estate opportunities in the area have grown tremendously. Thanks to the boom in popularity, residents and business owners continue to flock to the West Nashville neighborhood, building thousands of new homes and starting a number of new businesses, and transforming the quiet, hard-working neighborhood into a local hotspot for both natives and tourists.

Arguably the most notable landmark of The Nations is an icon of the community’s industrial past. A 200-foot tall abandoned grain silo sits in the eastern portion of a 37.7-acre site, being developed by Southeast Venture. The project is named Silo Bend in honor of the silo and the property’s location across from a bend of the Cumberland River.

The silo is a symbol of the community—a monument of the past—and can be seen from miles away. That’s why Southeast Venture, in conjunction with Brian Greif and the Nashville Walls Project, arranged for a massive mural to adorn its side. 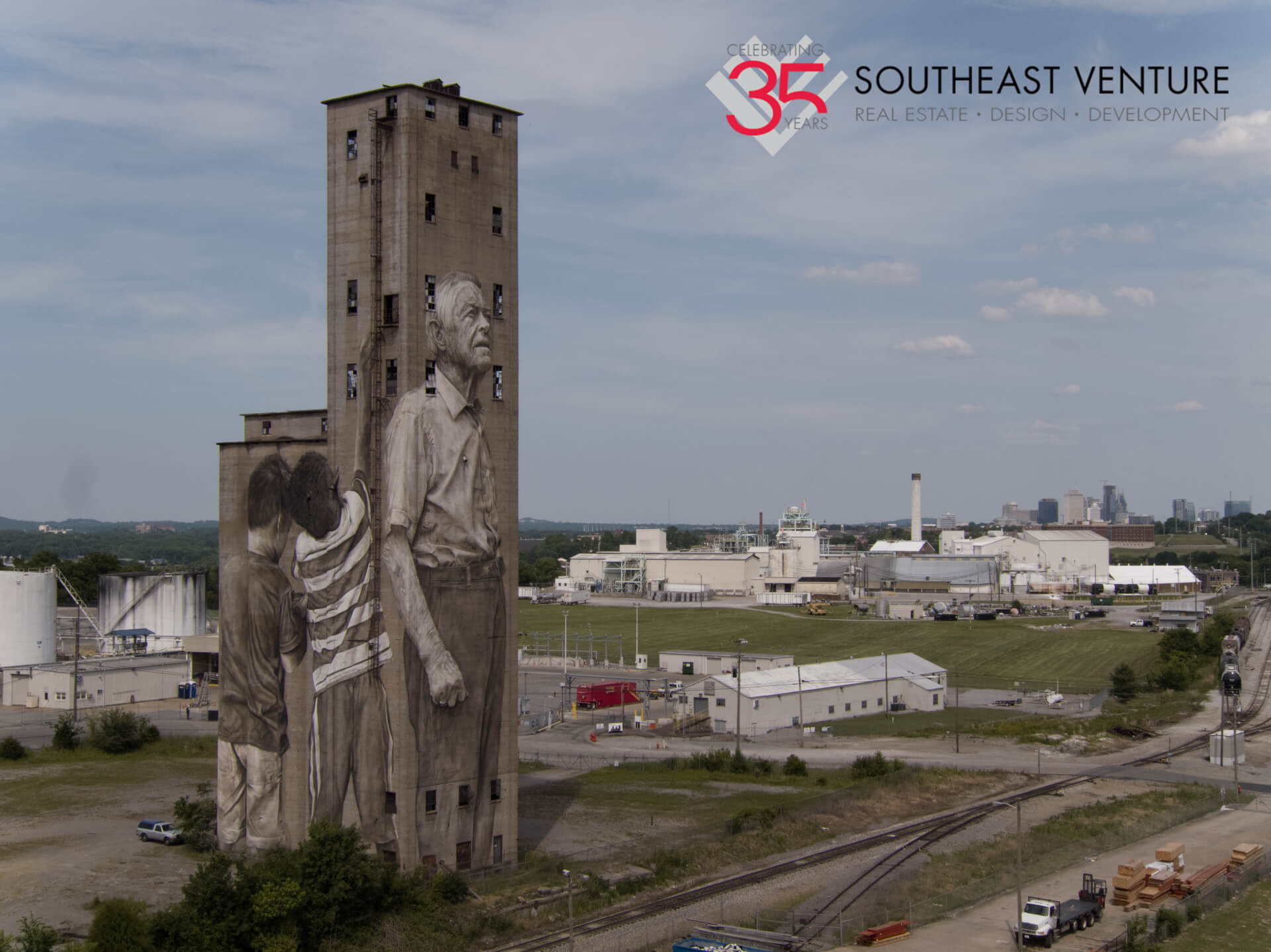 Together, they enlisted Australian artist Guido van Helten, who is known for his larger-than-life portrait paintings around the world.

Van Helten came to Nashville in May and spent a week in The Nations community—meeting with residents, learning about the culture and developing his concept for the mural. It was then he met Lee D. Estes, an elderly resident of The Nations, who was volunteering at the Saint Luke’s Community Center. The 91-year-old resident has called The Nations “home” for his entire life and struck Van Helten as a the perfect subject to capture the essence of the community. 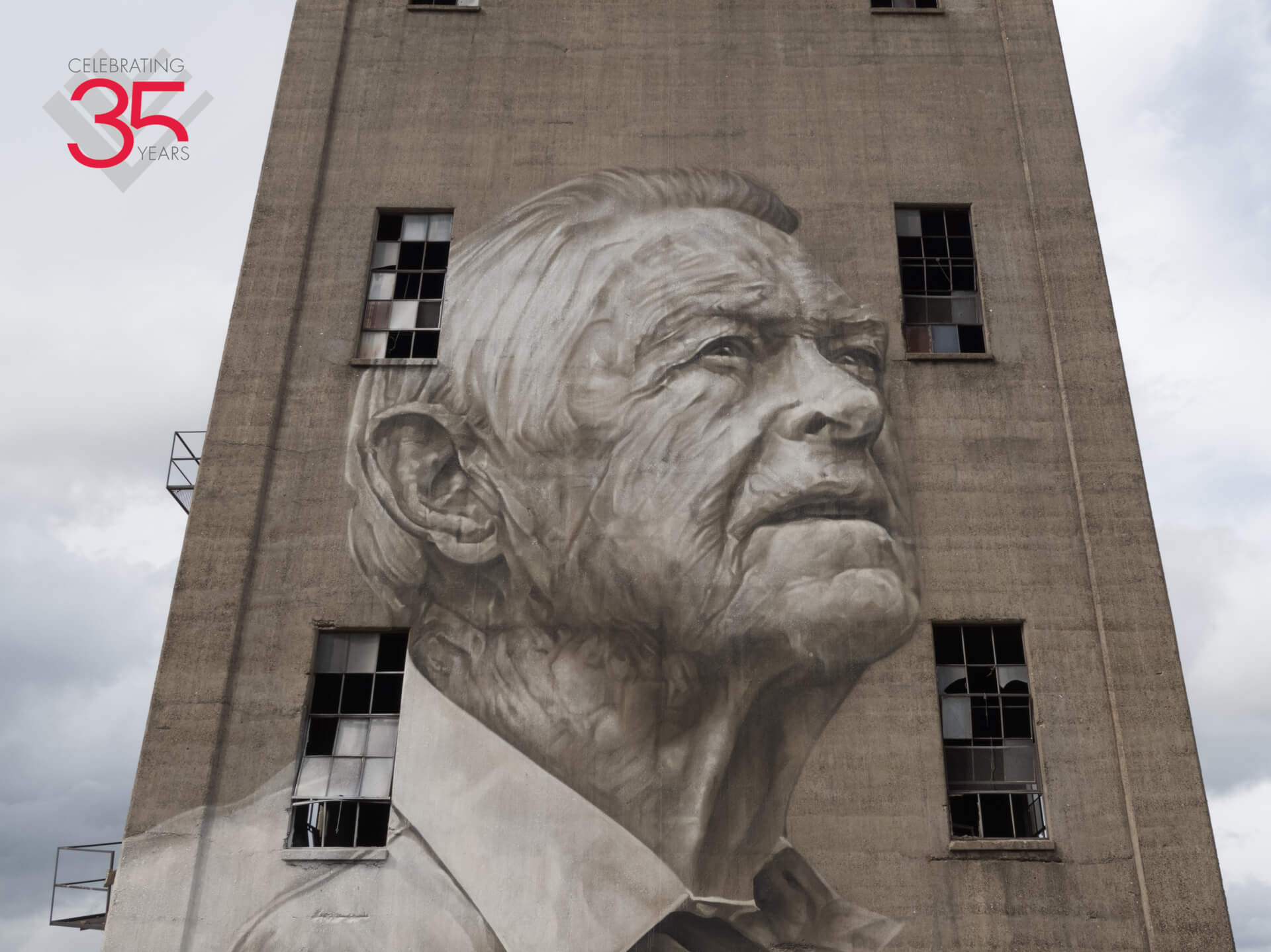 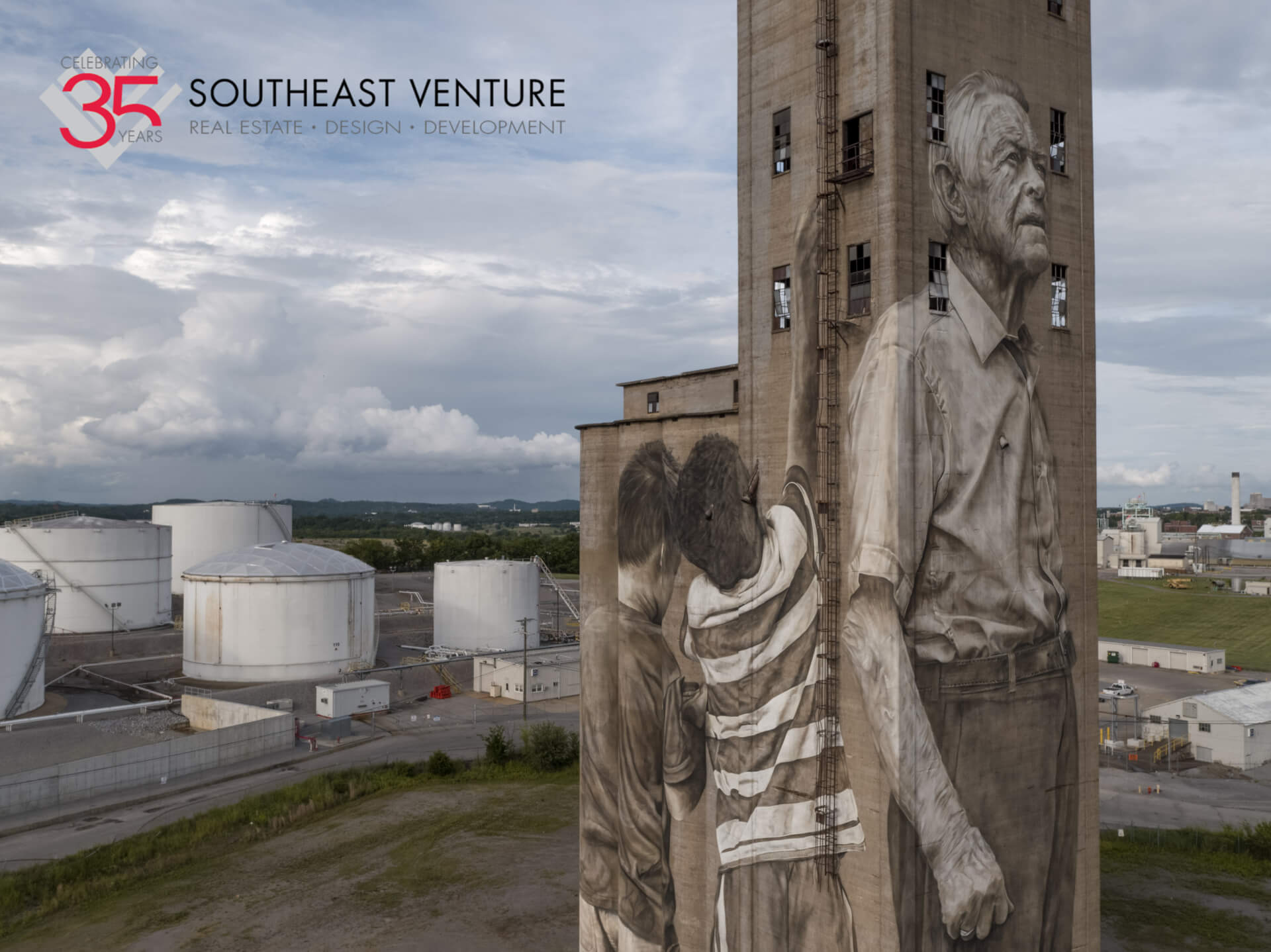 Guido completed the work over two weeks in May 2017. The enormous silo mural can now be seen from miles away and has already become a well-known landmark of the up-and-coming development and surrounding community.

Southeast Venture has bigger plans for Silo Bend than the massive mural. A 193-unit apartment complex is currently under construction, and mixed-use commercial space and single-family homes will also fill the property, inviting more newcomers to The Nations. This development will undoubtedly spring even more life into the growing Nations district as it becomes the latest in Nashville’s run of trending hot-spots.