To visitors, Nashville is the destination to hear up-and-coming country music artists and try some of our city’s world-famous hot chicken. However, to residents, both native and new, Nashville is more than just lower Broadway. It’s made up of many small neighborhoods, each adding their own style and culture to the overall charm of Music City.

In this post, we’re shining the spotlight on one of our town’s hottest neighborhoods: Germantown. 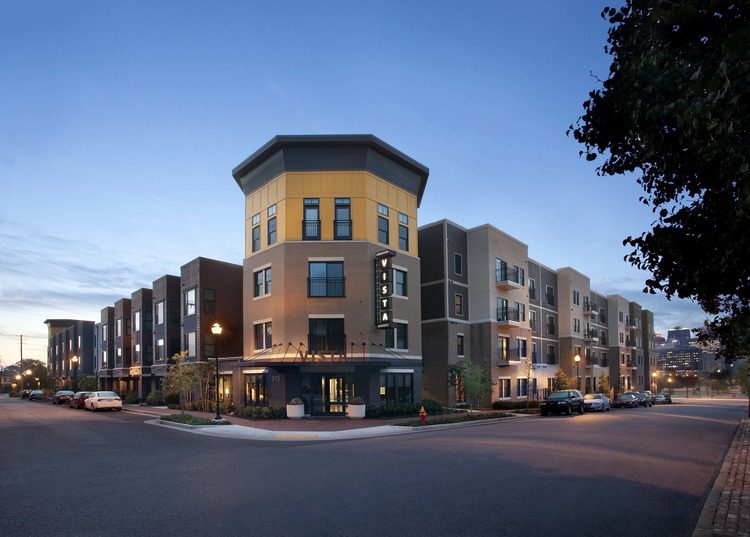 This quaint neighborhood, which earned its name from the many German immigrants who flocked to Nashville in the early 1800s, is an 18-square block area just north of downtown. For such a compact area, it is surprisingly diverse, with single-family homes, restaurants, shops, businesses and mixed-use properties. The area has come a long way from its humble beginning and looks very different from how it did just a few years ago.

The land where Germantown sits was gifted to James McGavock for his service in the Revolutionary War. It was used mostly for farming until the early 1800s when McGavock started selling pieces of his land to incoming German families, whose cultural backgrounds and skills shaped many of the architectural influences we still see today. In 1865, Germantown was incorporated into the Nashville city limits as part of the Ninth Ward. This marked the beginning of Germantown’s largest growth period, during which prominent businesses, such as Neuhoff Slaughterhouse and Werthan Bag Co., set up shop in the area.

The Germantown area began to decline in the 1950s. World War II had caused many families to leave the area for other parts of the city, and the suburbs gained popularity for residential living. This left many residential buildings empty, which were demolished due to lack of upkeep or to make way for other structures, most of which were industrial.

In 1979, Germantown was listed on The National Register for Historic Places, breathing new life back into the neighborhood. Many lots were rezoned from industrial back to residential use. And in 2002, the Metropolitan Planning Department created a detailed neighborhood design plan as a tool to provide a greater level of guidance for future planning and growth. Today, Germantown is an eclectic mix of old and new buildings, with new construction carrying on many of the historic architectural features of generations before. Bristol Development recognized Germantown’s appeal to residents, and in 2012, the company developed Vista Germantown. Designed by Southeast Venture, this 260-unit multi-family/mixed-use development combines modern elements with the area’s German-inspired facade. This complex sits on a prominent full city block in the heart of the neighborhood and is part of the revitalization of the area along the Jefferson Avenue corridor.

As Germantown continues to be recognized for its modern growth and historical roots, more people are sure to call the area home, ensuring its continued growth and development.