This press release was originally released on Oct. 10, 2016. 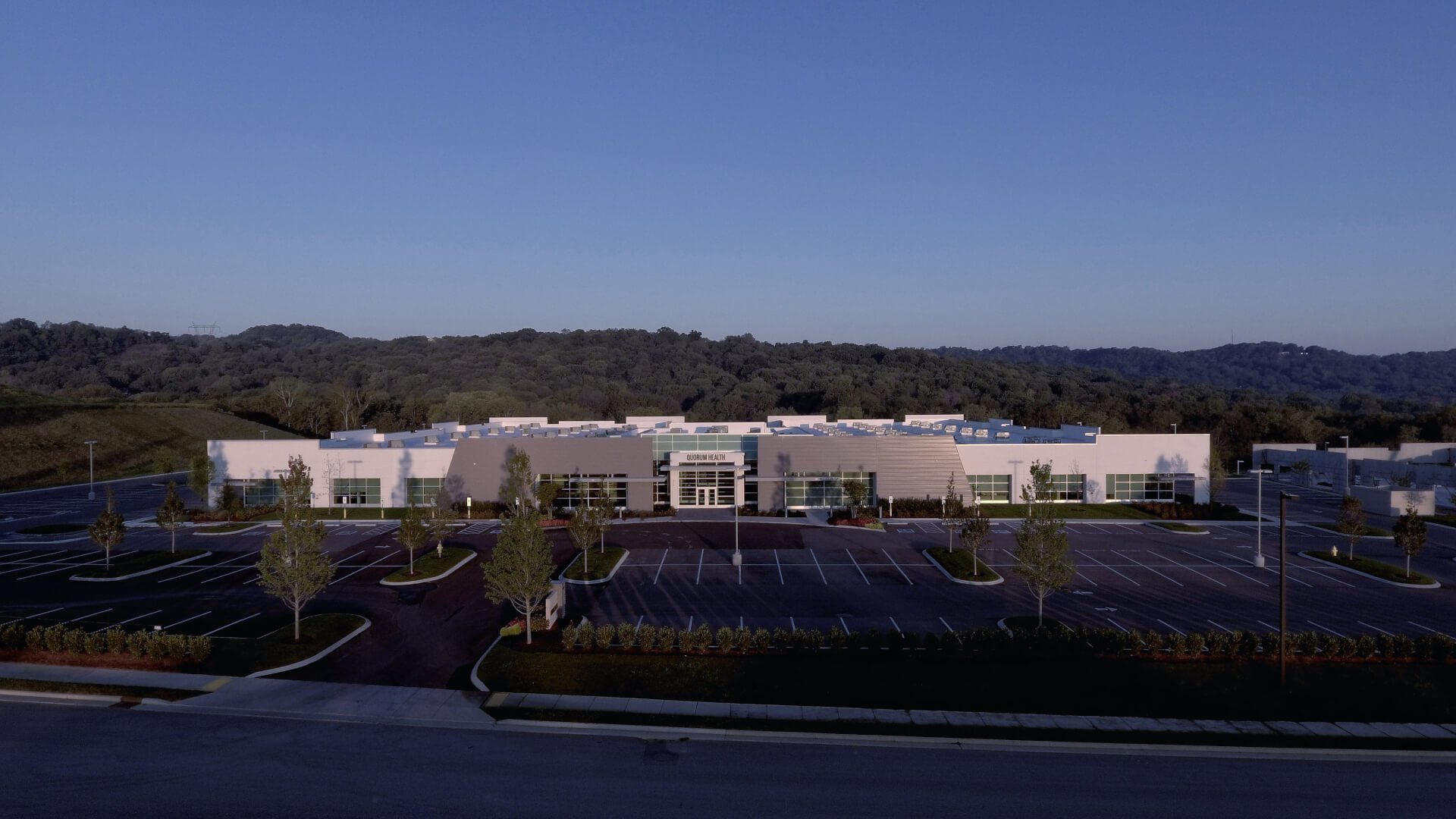 NASHVILLE, Tenn. Oct. 10, 2016 – Southeast Venture has announced the completion of the first phase of a high-density office complex in Brentwood’s Mallory Park. The 87,100-square-foot project at 1573 Mallory Lane is now home to Quorum Healthcare Corporation.  The building type is similar to the Healthspring/Cigna Health campus that Southeast Venture developed in Metro Center in 2010.

The solution, said Southeast Venture Principal Michael Finucane, is simple. “Put more people in less office space; however, to do that, buildings need to have more parking spaces.  To maximize the efficiency of our project we simply built more parking spaces.”

This increase in office density has become increasingly prevalent since the recession, as business owners look for ways to lower occupancy costs per employee. Beginning with the Healthspring/Cigna Health project in Metro Center and now in Mallory Park, Southeast Venture is providing options to resolve this issue, he added.

“We had tremendous success with our building in Metro Center so we wanted to take that same product to the Brentwood/Cool Springs market. We saw a real need for higher density office space that, quite frankly, did not exist in this market,” Finucane said.

Phase II of Southeast Venture’s Mallory Park project broke ground this spring and will include 68,000 square feet of one-story office space designed for multiple points of entry and parking around the perimeter of the building. The shell of Phase II will be delivered in the fourth quarter of 2016 and could be ready for tenants as early as the first quarter of 2017.