(This article originally appeared in the Tennessean on Feb. 22, 2016)

Once upon a time, Hillsboro Village was all there was.  Before 12 South, the Gulch, Germantown, East Nashville and other urban neighborhoods became hip (or, in the case of The Gulch, even existed as a neighborhood), the only place to experience a truly successful mixed use, urban environment was along 21st Avenue South between Capers and Acklen avenues. As time went on and more trendy areas emerged, however, the Village began to lose its appeal; popular businesses came and went. 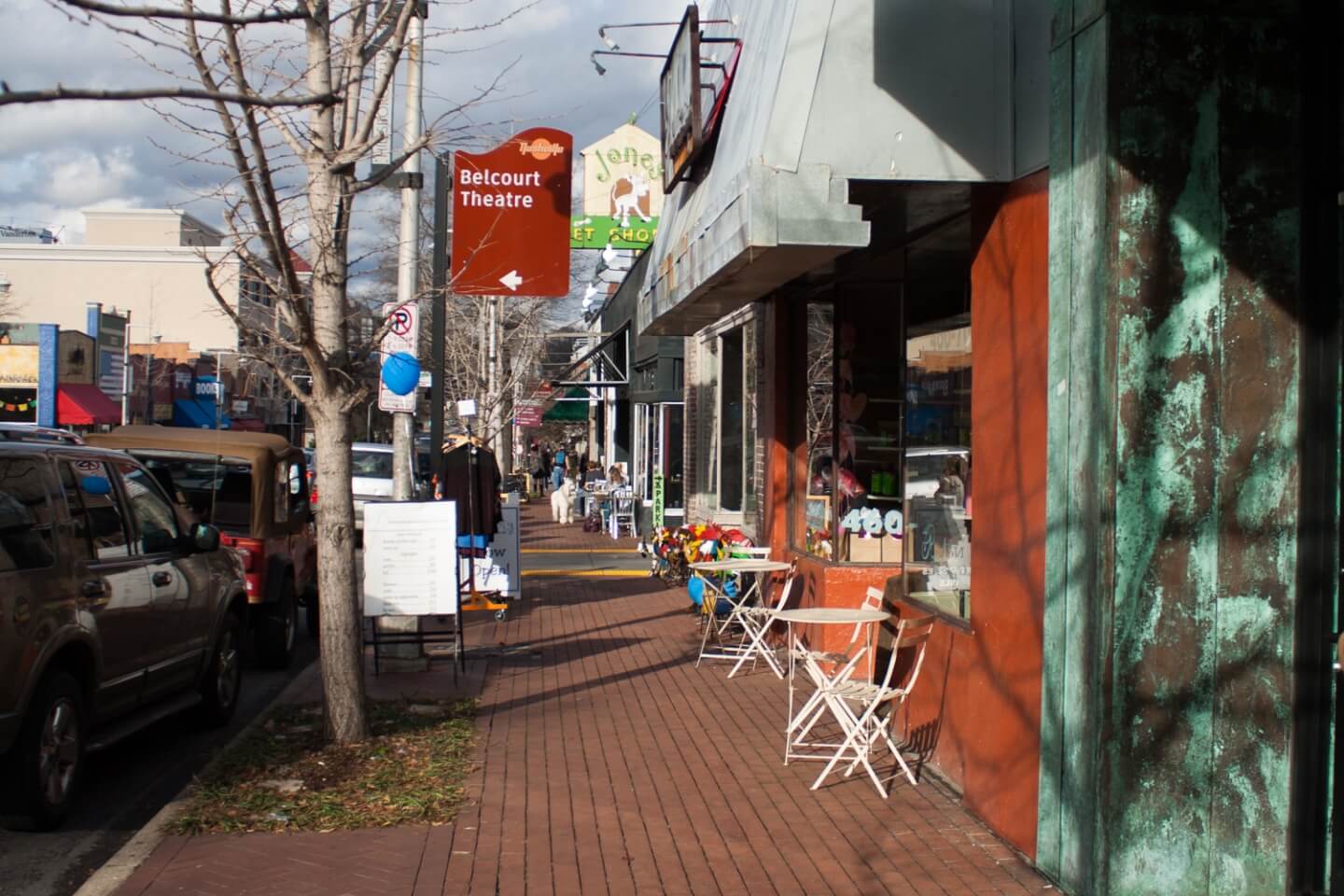 But with changes like the sale of the former sites of Bosco’s and Sam’s Sports Grill and development of 2100 Acklen Flats, Hillsboro Village is poised to once again be one of Nashville’s most vibrant urban neighborhoods.

To see where the area is headed, take a look at where it came from. The property where Hillsboro Village sits today was originally owned by Adelicia Hayes Franklin Acklen Cheatham as part of the large Belmont estate. In 1890 it began to be subdivided into neighborhoods and kick-started the boom of streetcar suburban living in Nashville. By the early 1920s, along with the wave of residents moving to the area came a business district with five grocery stores — from mom and pop places like White’s Market to Southern chain stores like Piggly Wiggly and H.G. Hills stores — and bakeries and gas stations. The opening of the historic Belmont Theater in 1925 contributed to the bustling activity of the area.

More retail shops emerged along the strip in the 1950s and 1960s, however, most of these businesses have since gone to retail heaven —  except for Pancake Pantry, which has been a Hillsboro Village staple since it opened in 1961. In the 1980s and 1990s, with restaurateurs Randy Rayburn and Jody Faison at the helm, Sunset Grill, Faison’s and the Iguana and JoeD’s Chicken Club not only made the strip Nashville’s premiere dining spot (and the place to see and be seen), they also created what became known as “The Vodka Triangle.”

Development changes of the late 1990s were led by H.G. Hill Realty, developer of 2100 Acklen Flats. In 1997, H.G. Hill converted the northeast corner of the strip, centered on the famous Pancake Pantry, into mixed-use space for retail, residential and restaurant tenants. To boost the area’s already thriving development, Vanderbilt University met with land and business owners and developers to protect the character of the neighborhood and set boundaries on its own campus expansion.

The buildings along Hillsboro Village today keep the character of 60 years ago — even though some are newer buildings ­— because an Urban Design Overlay (UDO) was put in place in 1999. Stakeholders and the Nashville Metropolitan Planning Commissionestablished the UDO to outline regulations and best practices that must be followed by businesses coming into the area, requiring that an advisory committee review all proposed architectural changes. It encourages storefronts of varying heights and designs, parking lots behind the businesses and the continued presence of street parking and pedestrian access.

The preservation of this urban, pedestrian-friendly center in Nashville is just as important today as it was 17 years ago. Local developers are putting more money and energy into bringing the charm of Hillsboro Village back to relevance. With this growth, the neighborhood is primed to continue to be enjoyed for decades to come.