In light of the commercial construction frenzy that began in 2010, standing out in CRE development in Nashville is harder than it was four years ago. Consequently, at Southeast Venture, we never take it for granted when our peers recognize one of our developments as a favorite building in Nashville.

The “Deftly Designed” article in Nashville Post magazine’s latest “Boom” issue is an ode to structures built during the building boom that represent the city’s trend towards urban design. 12South Flats, which we developed in a 50|50 partnership with H.G. Hill Realty Co. in 2013, was among the favorite buildings chosen by local architects and developers.

The article included a great quote by Adam Leibowitz, a managing partner of Double A Development. Leibowitz stated, “As 12South thrives as a great walkable neighborhood, 12South Flats blends in perfectly to continue that trend. The overall building is deceptively large yet the scale and design of the front elevation keeps it from looking overwhelming for the neighborhood. I find that the storefront level specifically has a high-end, classic look that draws your attention. 12South Flats is a strong bookend for the commercial stretch of 12South and is a great example of timeless culture.” 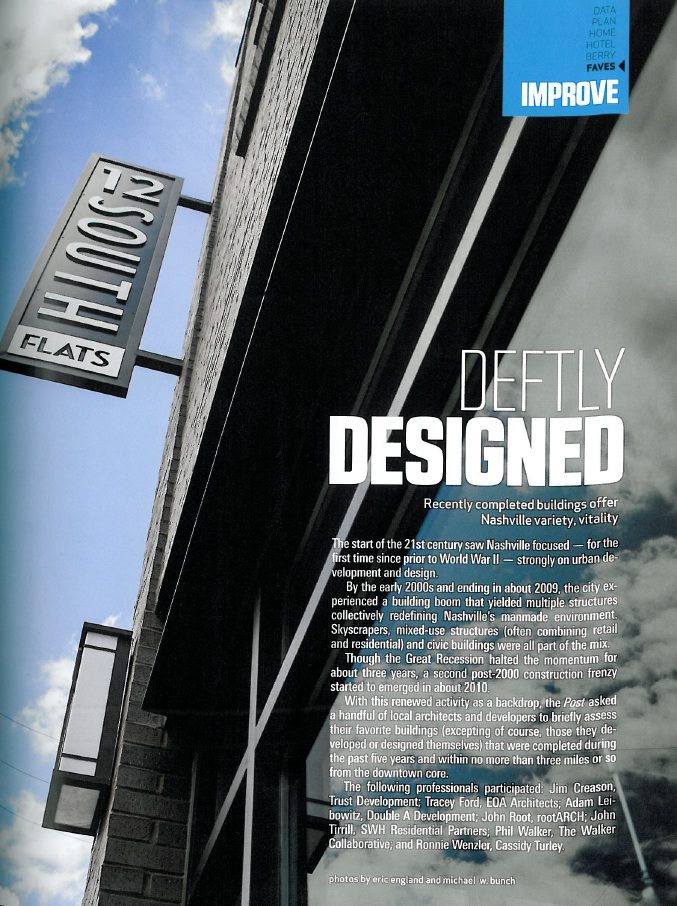 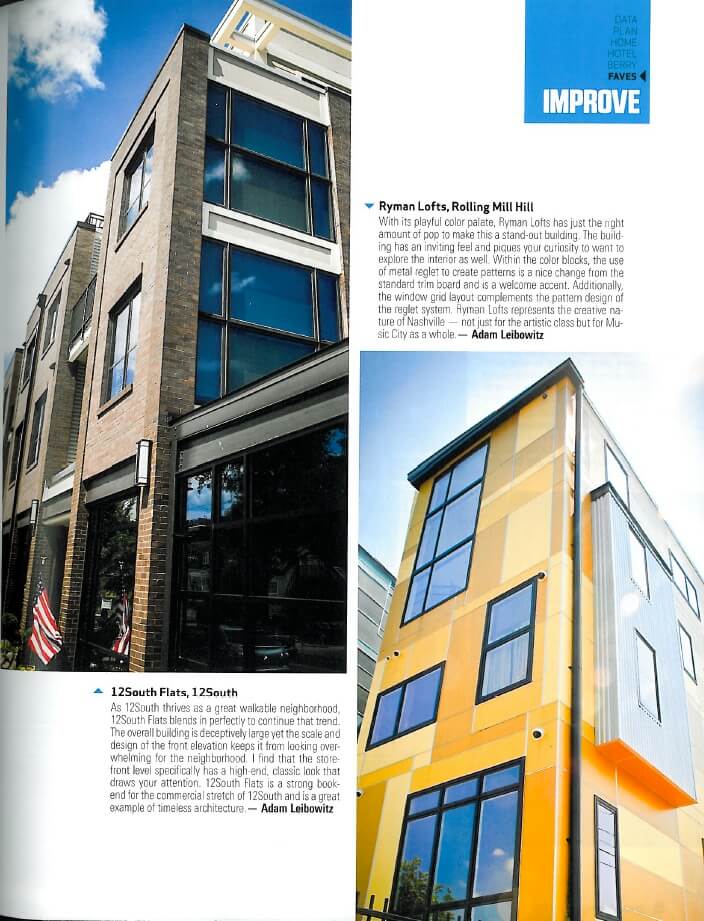