Sixty-two percent of respondents believe that sales of Middle Tennessee commercial real estate will be better or much better in 2014. Though this is slightly lower than previous years—down 4 percent over last year, and down from 64 percent positive responses in 2012—it still points to an overall sense of optimism within Middle Tennessee’s commercial real estate industry. Twenty-one percent expect sales to be stagnant in 2014 compared to 2013, and only 17 percent believe sales will fare worse. 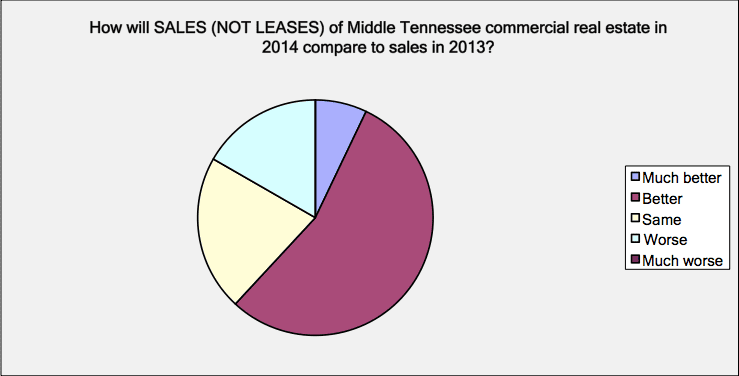 Survey takers who foresee a stagnant or declining market this year point to the limited supply of available commercial real estate and the strength of the market in 2013. There will be “far fewer office transactions because several large, best in class A buildings sold in 2013,” one responder said. “Two-thousand-thirteen was just a very strong year,” another replied.