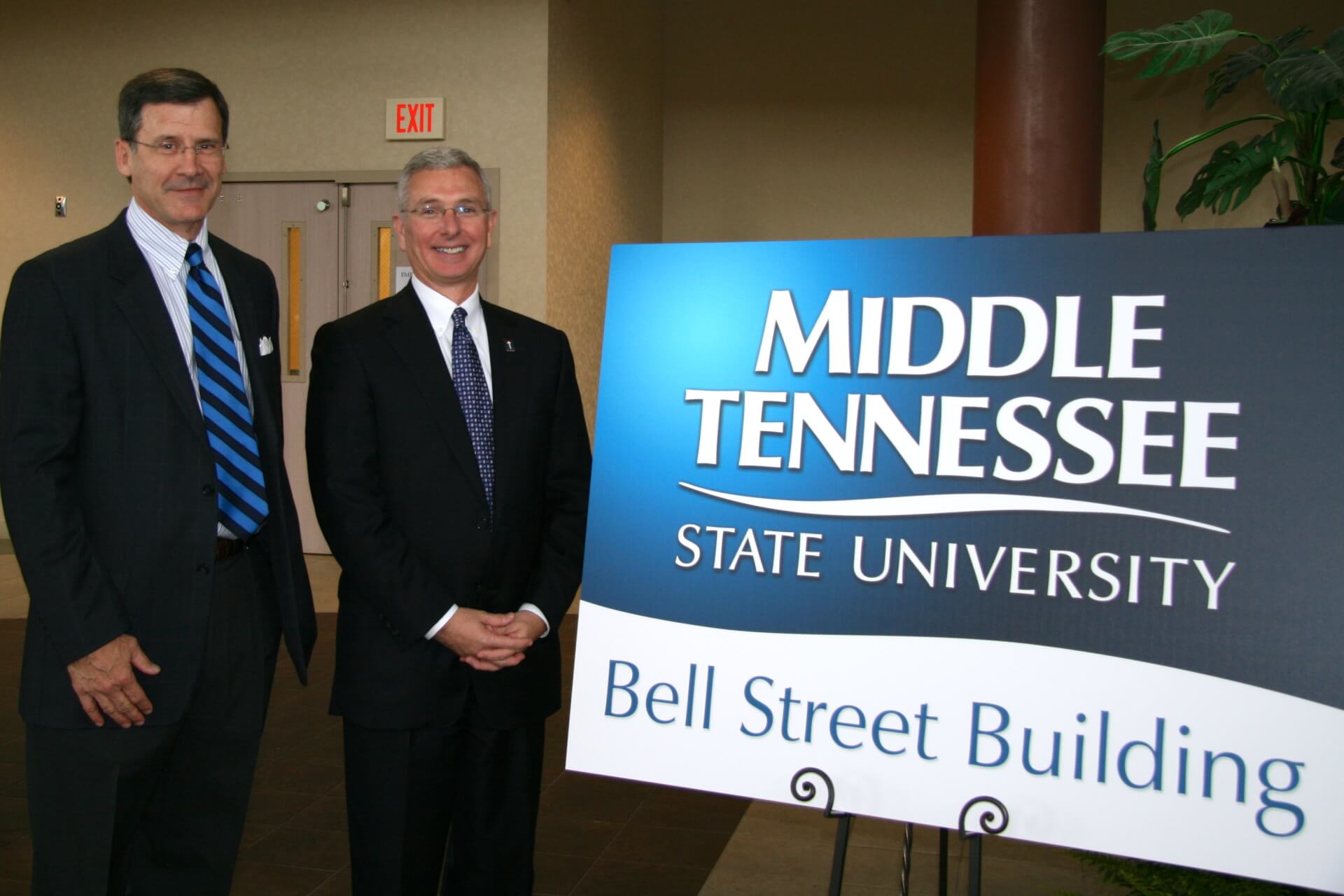 In 2009, MTMC hired Southeast Venture and Principal Axson West to market the old campus. The hospital’s leadership engaged Southeast Venture because of its experience in marketing commercial and medical real estate. Additionally, Southeast Venture’s architecture services provided necessary expertise for the adaptive use of the 17.4-acre site.

With guidance from Southeast Venture, MTMC chose to demolish the old hospital building so the property would be more attractive to a wider selection of interested buyers. The Rutherford County campus sits three blocks from MTSU, four blocks from Murfreesboro’s thriving and historic town square and 30 miles southeast of downtown Nashville.

In the early meetings with Southeast Venture, MTMC and MTSU, MTSU expressed that they didn’t have the funds from the Tennessee Board of Regents to purchase the property. Fortunately, the university’s capital campaign exceeded its initial $60M benchmark, and generous donations from alumni like Andrew Woodfin “Woody” Miller made the purchase possible.

On Friday, April 19, 2013, MTSU hosted a ceremony in the Bell Street Building to mark the purchase of the property. Sidney McPhee, president of MTSU, kicked off the event by speaking about the long-standing relationship between MTSU and MTMC. 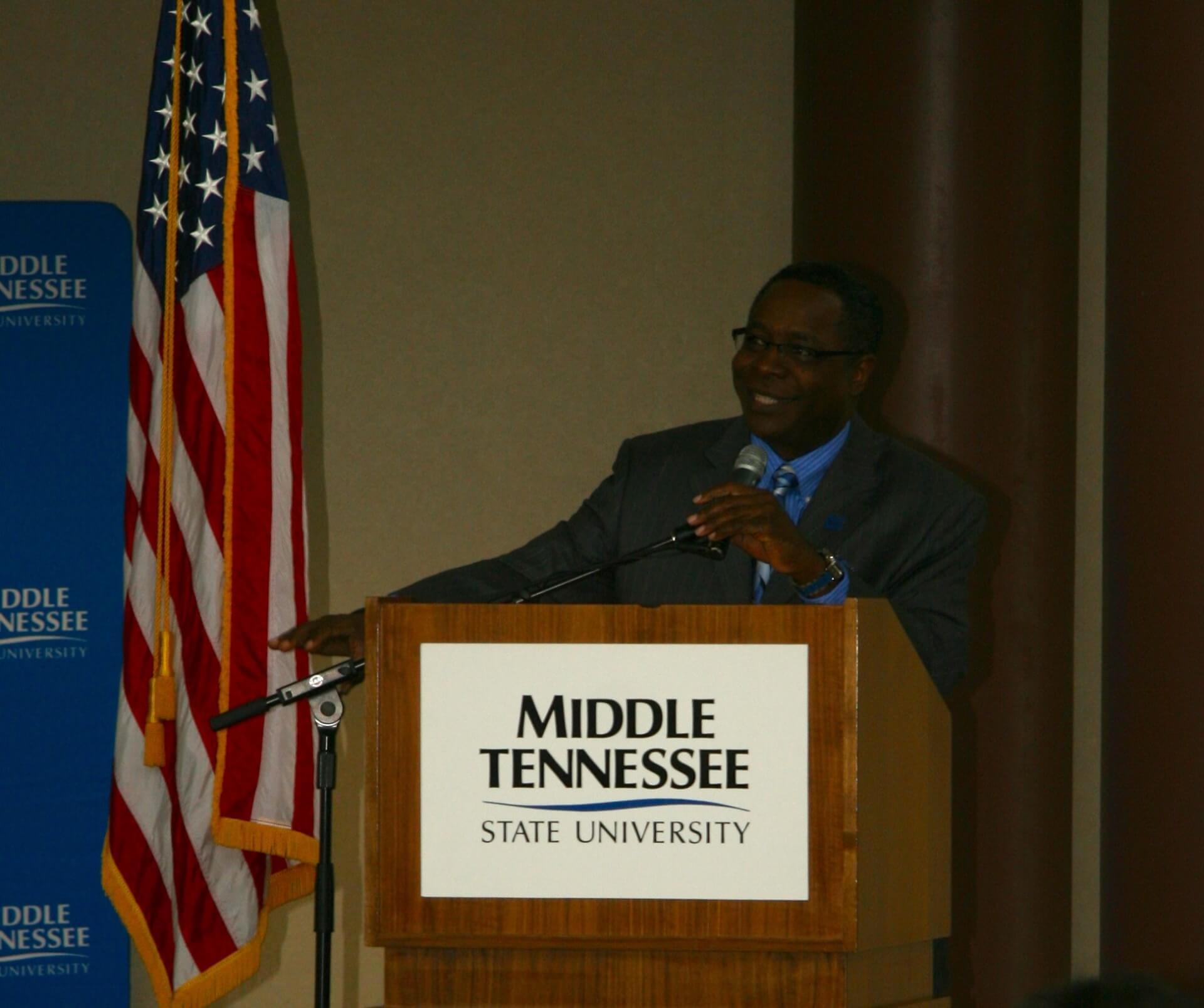 Calling MTMC “one of our strongest community partners,” McPhee said that the acquisition of the old hospital campus is “the next step in strengthening this relationship.” MTMC and MTSU are Murfreesboro’s two largest employers and MTSU is Tennessee’s largest undergraduate program with over 23,000 students enrolled.

McPhee also noted that the motivation to enter into the deal with MTMC came out of a continued need to enhance MTSU’s facilities, which he called a “top priority of the university.”

Other speakers at the ceremony included Lee Moss, chairman and CEO of MidSouth Bank and friend of MTSU; Gordon Ferguson, president and CEO of MTMC; and Tommy Bragg, Murfreesboro mayor. Ferguson made special mention of Southeast Venture and West, thanking them for their roles in securing the purchase. 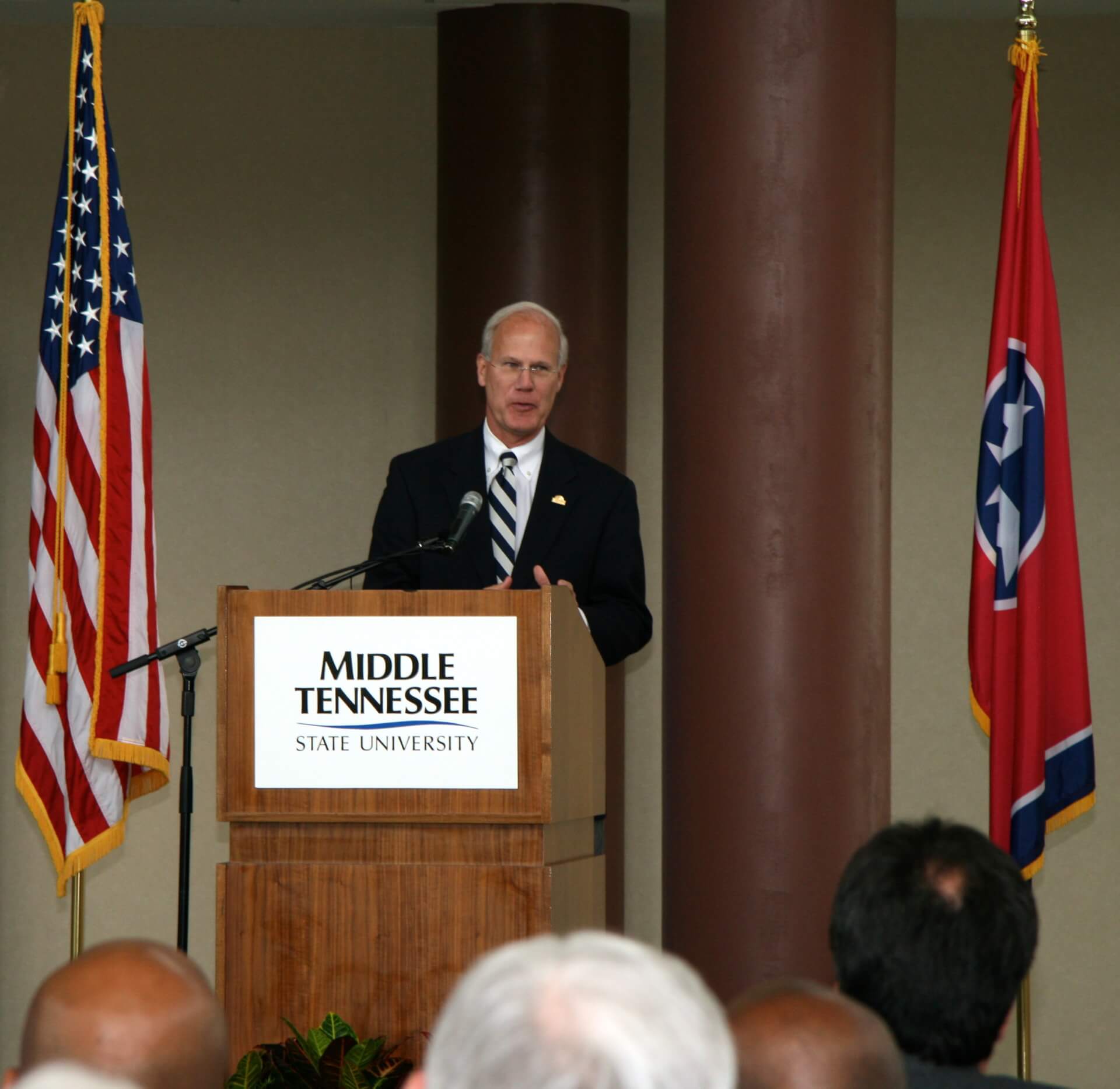 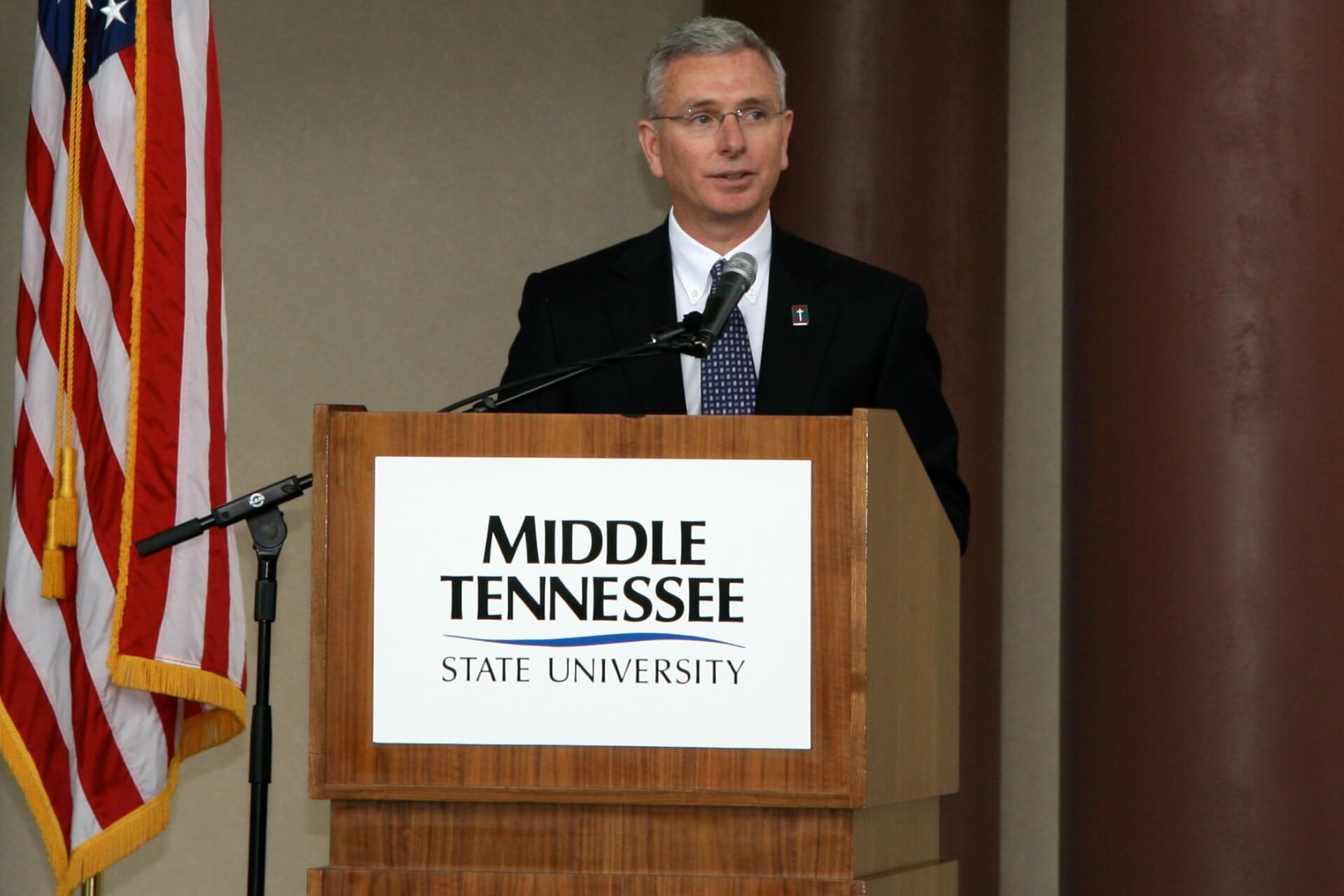 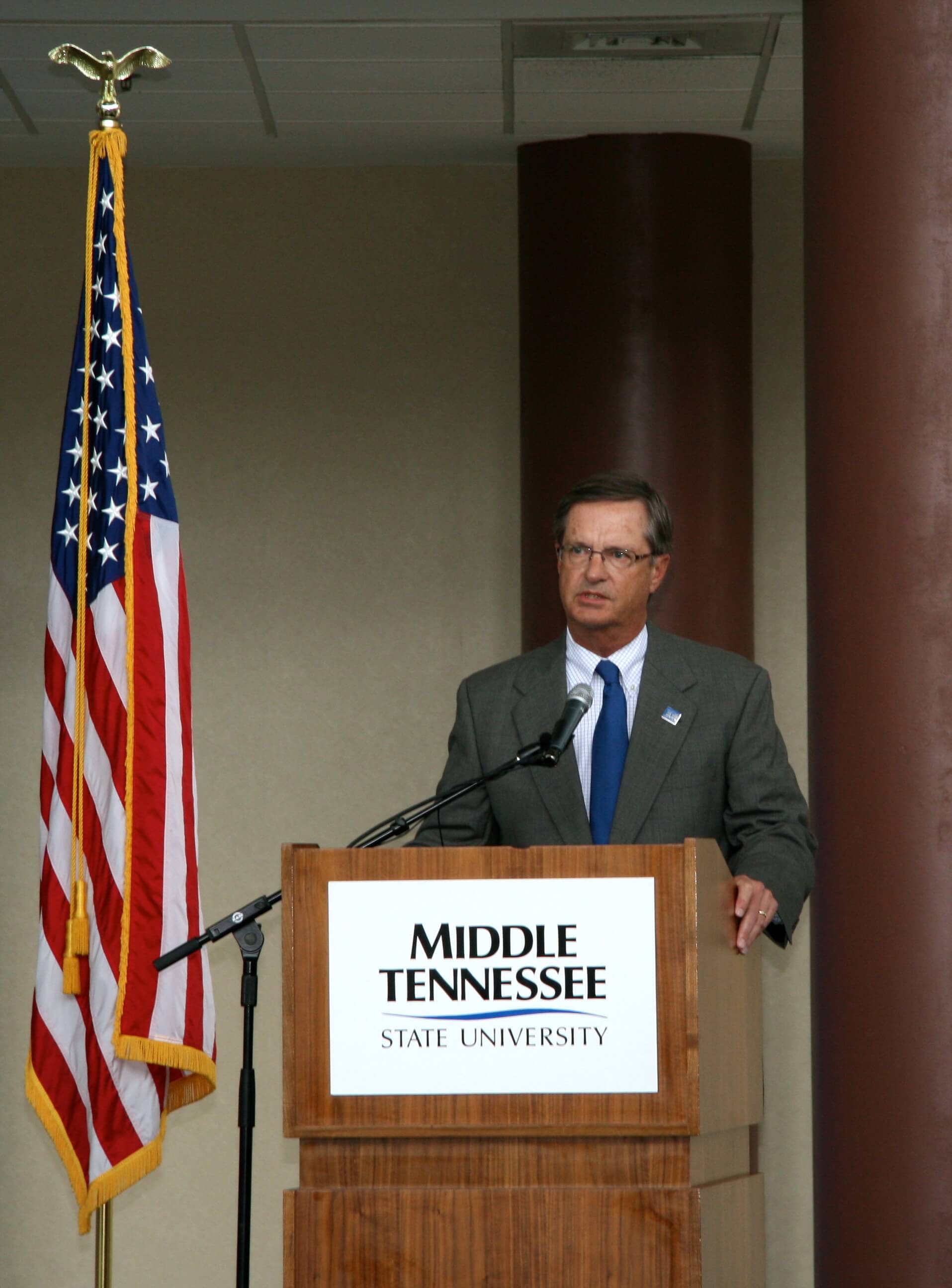 MTSU plans to use the Bell Street Building at 503 East Bell Street immediately. The school will also make immediate use of a 407-space parking garage and multiple parking lots on the site. 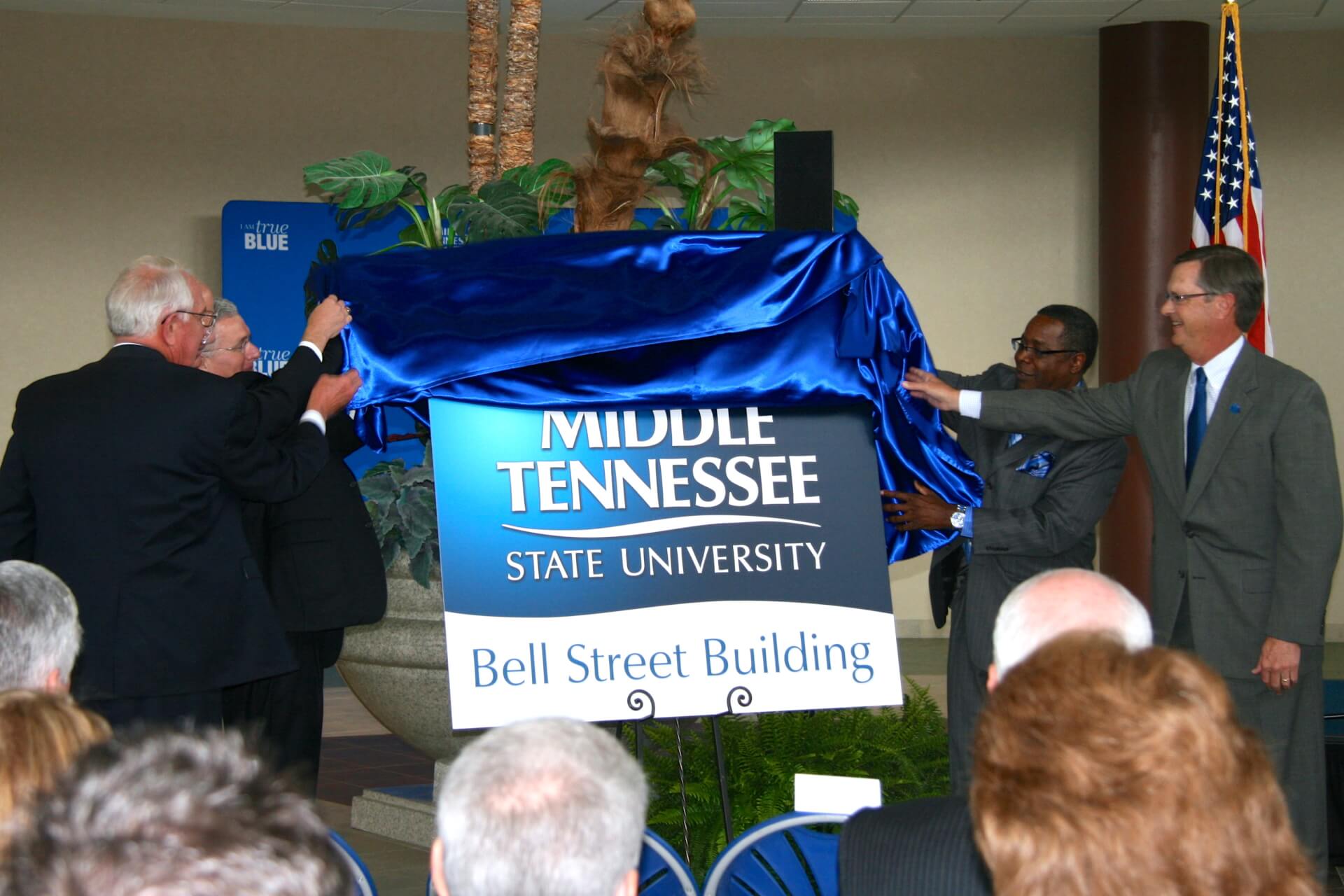 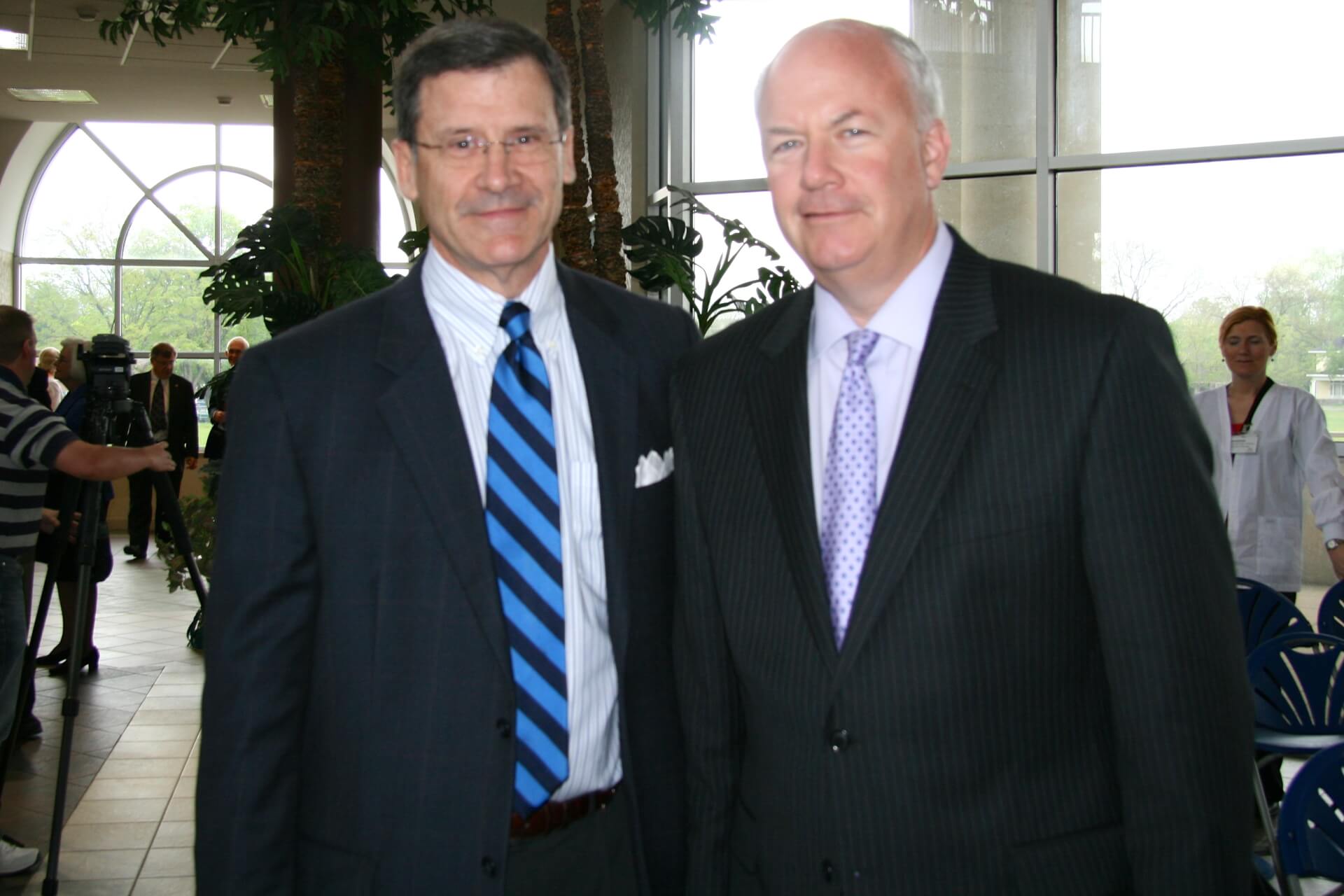